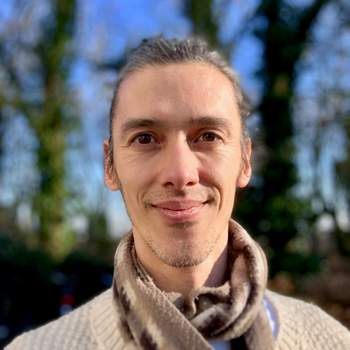 The power to feel - to feel your power

Choosing to be present

It seems as if I already lived a few lives, and now everything is coming together. I can feel it in my body, it's something that I live more and more.

I'm a child of a mathematician and a cognitive behavioral psychologist, and like many others, I first unconsciously walked my parents' path before I could embrace mine.

I received my share of convictions. For example, I believed that I needed to do a lot, and that what I did had to be done very good - not to say perfectly - in order to earn attention. On top of that, I also walked their path quite literally, studying mathematics, and obtained the Ph.D. that my father never finished. That's quite a loud shout of "Daddy! Look at me!". There's a Dutch song by Bram Vermeulen where he sings about this very beautifully.

It's also interesting that I incorporated psychology in my Ph.D. (how logical computers can deal with the sometimes emotional non-logical thinking and acting of people). "Mama! Look at me!" ... 😃

I played my role in this rational world. I did research on HIV and Hepatitis C for 5 years, and then I took on a more commercial position. And I got more and more off-center.

And then I came across Amanae. My first experience was immediately a multi-day event, and it helped me to release a lot of the limiting beliefs that I had put on myself. A new world opened. I had already done quite some stuff before, but nothing compared to this.

Now, we are many years later, and each year is more beautiful, and deeper, and more free. Sometimes life can still feel awkward and difficultt, but mostly I don't run away from it anymore, I dare to feel it. And that changes everything.